Foundation laid down by a Hindu king for British people; design inspired by a German church; architect would a french and Mary wears sari; the unique St. Philomena’s church is said to be one of the highest churches of south Asia.

Located on Cathedral road (Name of the road inspired by the Cathedral church), almost 2 kms from the Mysore palace,St. philomena’s church is situated in the northern part of Mysore. 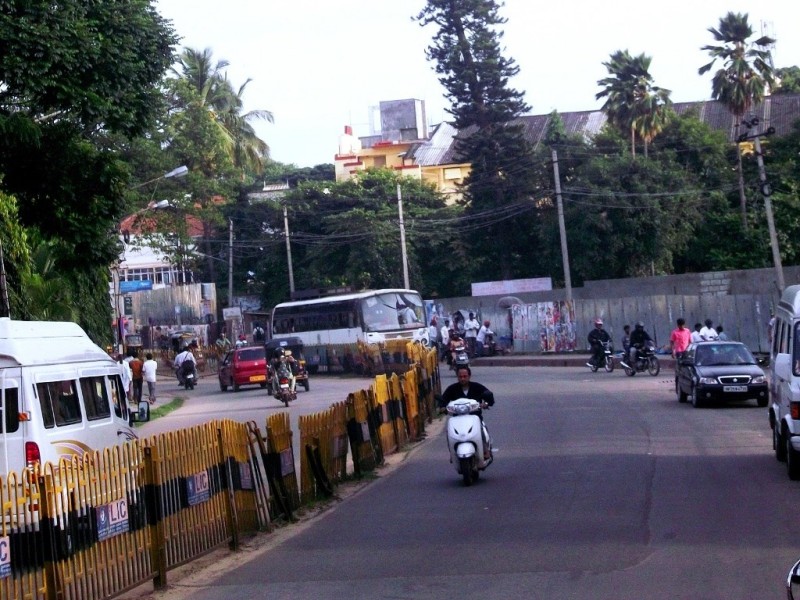 On the way to the St. Philomena’s church

History of the church:

There used to be a small church, built in 1843, at the same location until 1933. When the capital of Mysore state changed from Srirangpatna, another city by river Kaveri near Mysore, to Mysore city, there was an urge for the moved British people to have a bigger church. Thus, the then king of Mysore state, King Wadyar, laid the stone for bigger church in 1933 and the construction began. 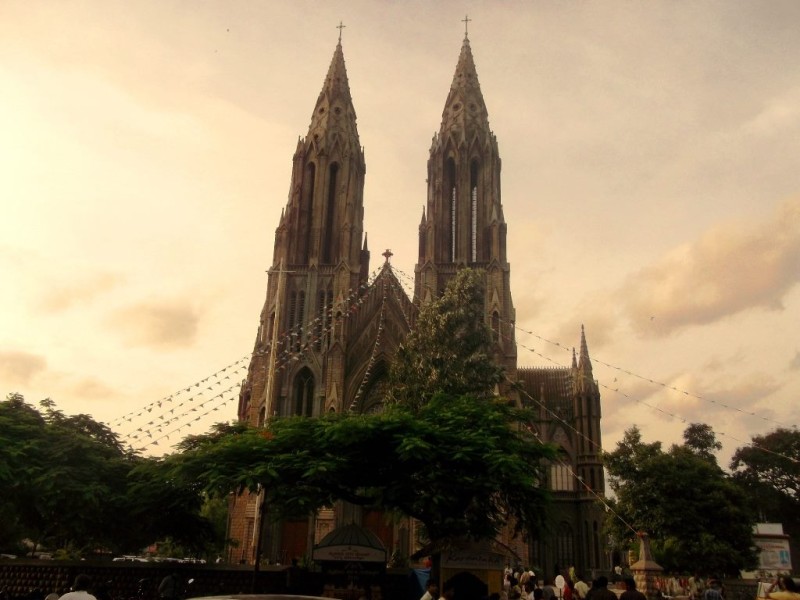 St. Philomena church from a distance

So it can be said that this church’s foundation was laid down by a Hindu king for British people whose architecture was a french and design was German.

Architecture of the Church:

Architecture of the Church is inspired from Cologne cathedral church, Cologne is a southern German city near France. However, the architect of the Church was a french.
Like other churches, this church is also built in Neo-Gothic style with high altars and stained glasses depicting the life of the Jesus. The central altar inside the church is very high and stained glasses placed higher produced a very warm color pattern during the sunset inside the church.
The church is also not lesser beautiful from the outside when sun rays kiss the high twin spires and produced different shades. 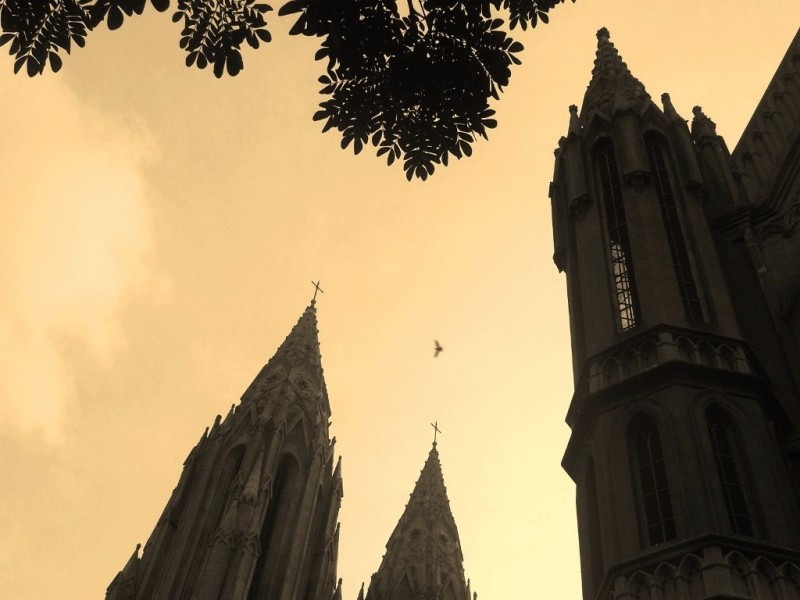 High spires of the church in evening sky

The twin spires are 175 feet in height and can be seen from a distance, thus making it an important landmark in the city. The twin towers and other parts of the church are decorated with stained glasses which depict the birth, preaching, Crucifixion and resurrection of the Jesus. 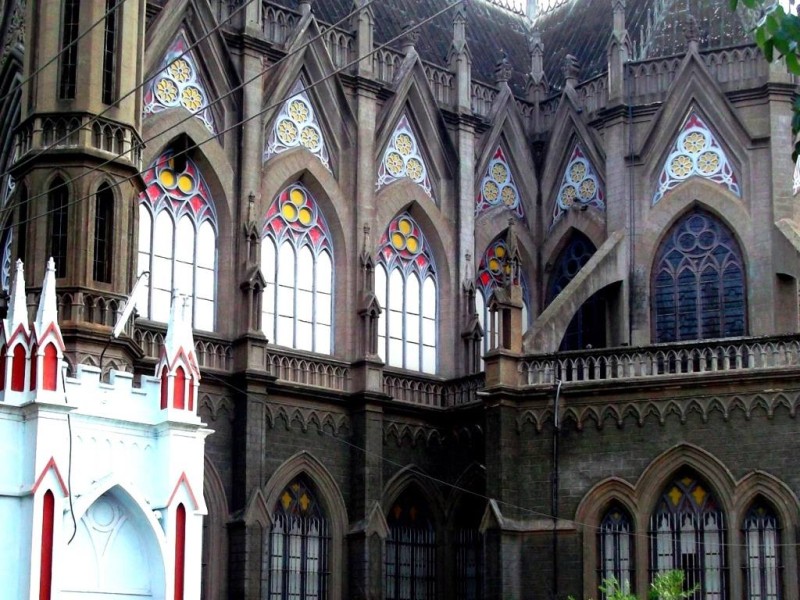 Tomb of St. Philomena is underground below the sanctum sanctorum. There is ladder way to go down there and see it. There is an inscription of how saint met divinity and other religious things about him. 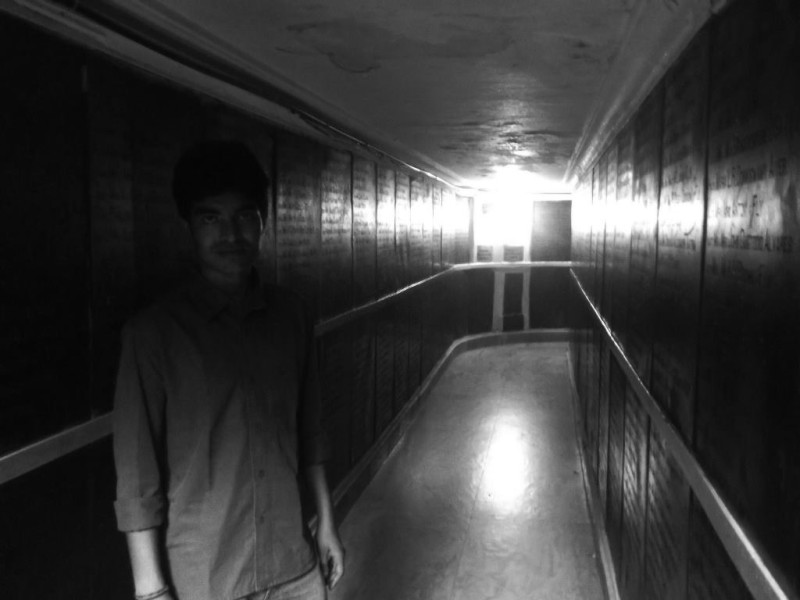 Near the underground Tomb of St. Philomena

One can also find the statue of mother Mary clad in a sari.  These statue designs are influenced by the Hindu culture where Mary in sari is thought to be the mother of city Mysore who will protect Mysore from all the odds.

One Reply to “st. Philomena’s church, Mysore: architecture and History”