Berlin TV tower situated at Alexanderplatz is the tallest structure of Germany and fourth largest of Europe. It is also known by different names as berlin fernsehturm or tv turm or alex tower because it is situated in Alexanderplatz of Berlin.

Berlin fernsehturm restaurant sphere: There is a revolving restaurant in middle of the sphere of the tv tower. This
restaurant revolves twice everyhour. There is always a long queue to go the top and enjoy some food in the restaurant. So it is advisable that one should so advance reservation at the Berlin fernsehturm for dining. Best advisable time to enjoy meal is during sunset until night falls. The view is simply breathtaking from there. Watching the sun setting down at the horizon and behind Berlin city to lights warming up the whole city is teaser to the eyes and heavenly for one hour. Advance tickets are called premium tickets and can be purchased online from here: http://www.tv-turm.de/

Also more information about the tv tower berlin restaurant sphere is given there. They have not mentioned about the menu though on their site. 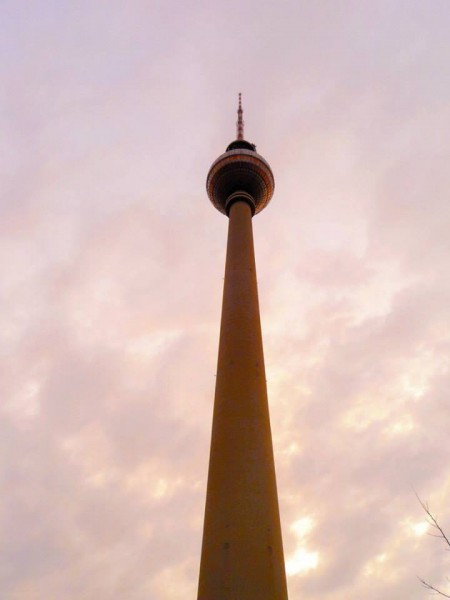 It was sunday. I and Shayan had planned to go at the tv tower restaurant but it was overly crowded so we spent sometime roaming around on Alexanderplatz.

More on Alexanderplats near berlin fernsehturm: