Here is a list of lesser-known as well as well-known places of interest in Berlin. These Berlin attractions remain in the list of ‘must see places in Berlin’ for most of the tourists and travelers.

Brandenburg Tor is one of the very famous monuments to see in Berlin. If you go there, you will hear a lot of interesting stories about this place from the guides. Try to go there in the evening. It looks golden and there is a lot of happening around the place.

Near to Brandenburg tor, there are other famous places also like Tiergarten, Reichstag building, Embassies of the different countries and some of the very famous hotels. 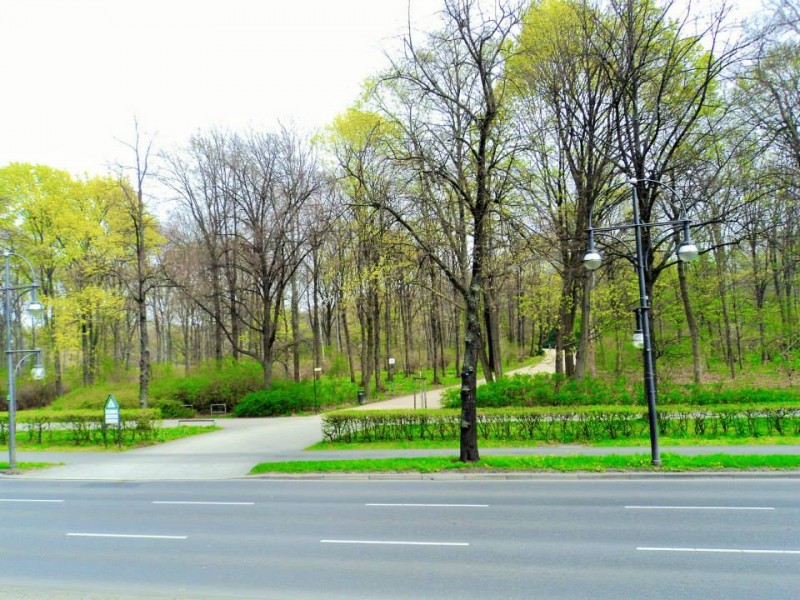 Tiergarten is one of the largest parks in Europe within a capital. This sprawling garden is spread over 520 acres and within the garden, it has many varieties of flowers and gardens.

Spring will be the best season to visit this place when people spend time in the park and do grilling and barbecue. There is also a Biergarten inside the Tiergarten where you can go for boating and beer. Here is more information about the Tiergarten Biergarten, Berlin

This place is situated just nearer to the Brandenburg Tor. It is a mass graveyard for the jews who were killed during the second world war by Nazis.

This holocaust memorial is a cemetery with hundreds of cubical and rectangular structures which depict the pain of the jews. Read more about this Jewish memorial in Berlin. 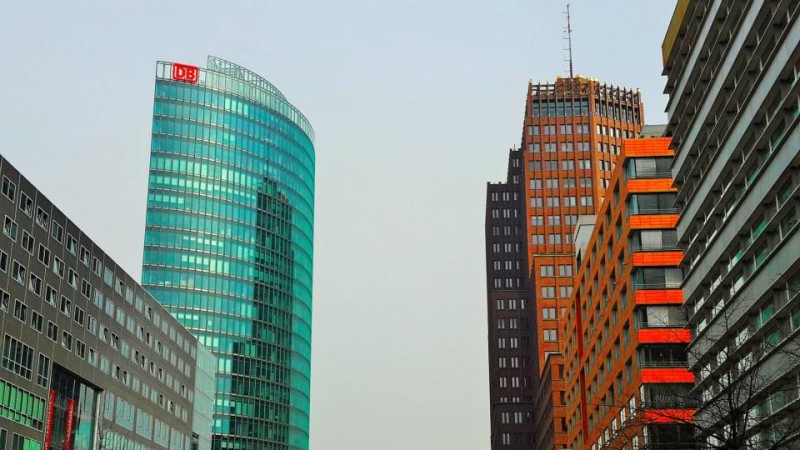 Potsdamer Platz in Berlin is one of the modern marvels of Berlin. It has the famous hotels, shopping malls, cinemas, restaurants etc. nearby. You can visit this place in the night and go for shopping or watch a movie at the Sony center. Read More about the Potsdamer Platz.

If you are a fan of second-hand shopping, nothing could be a greater place to buy antiques and other awesome things in Berlin than the flea markets. In fact, Berlin has a chain of flea market around Berlin.

The UNESCO world heritage site museums are also nearby Berlin cathedral church and other places to see around this place are;

It will serve your two purposes of seeing the Berlin cathedral church from inside and also going to the church dome to see the sunset in Berlin. Here are some pictures of Berlin from Berlin Cathedral church in the evening. 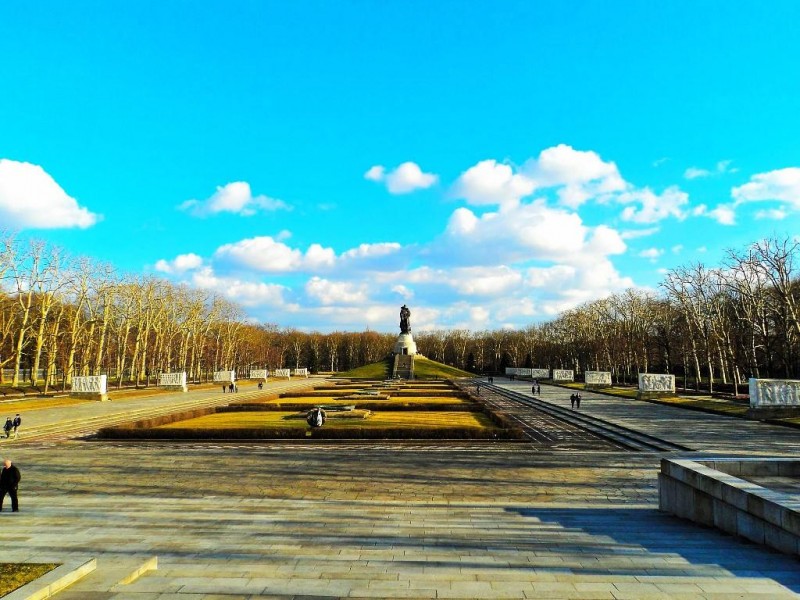 Soviet war memorial also known as the Treptower park is a park made by the Soviet Union in the remembrance of the soviet soldiers that died in the second world war. It is a very big park and generally not so crowded. It has some magnificent monumental structures as well. It has no entrance fee.

If you are really interested in the world war things, this is a must see places in Berlin. More about the Soviet war memorial, Berlin.

Walk of fame also called as Boulevard der stars in German is a memorial for film stars including actors, actress, producer, directors. The walk of fame is based on the model of the walk of fame in Los Angeles.

The walk of fame in Berlin looks like a red carpet because the street itself is red colored.

This park is not so great place to see. This is just like another park in Berlin. Just because I was staying near Lietzenzee park in Berlin and used to spend my free evenings there, I felt nostalgic and decided to include this place in the list as well.

If you happen to stay nearby Charlottenburg and you have a free evening, you can grab a beer and relax there in the evening. Here is my personal experience of Lietzensee Park, Berlin

Berlin cathedral church also known as Berliner dom was completely destroyed during the second world war. And it was again built from the scratches. This church is known for its wall frescos, paintings, a magnificent dome, wind pipe organ and much more. More about A visit inside Berlin Cathedral church 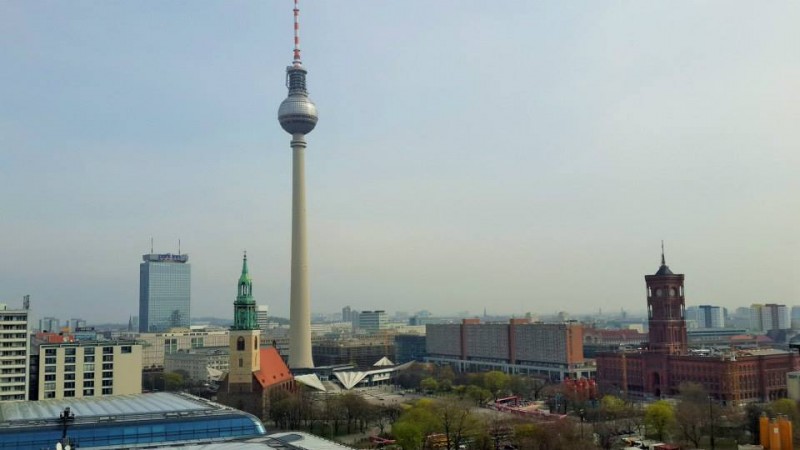 Berlin Tv tower is one of the highest TV towers in the Europe and the tallest in Germany. It is famous for the revolving restaurant at the top of the TV tower. Also, it is one of the best views of Berlin during the sunset. However, you need to book a place there for your slot. Read more about Berlin TV tower. 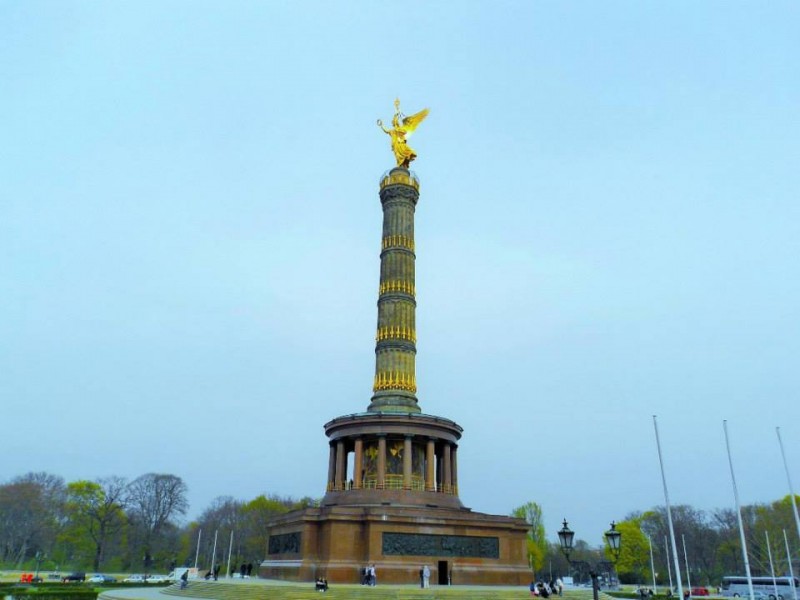 Berlin victory column has a long history behind it. It lies in a straight like from the Brandenburg Tor. And it is situated almost in the center of the Tiergarten.

Anyone can go to the top of the victory column but one has to climb around 285 steps to reach the top and see the view of the Berlin from there. More about Victory column Berlin 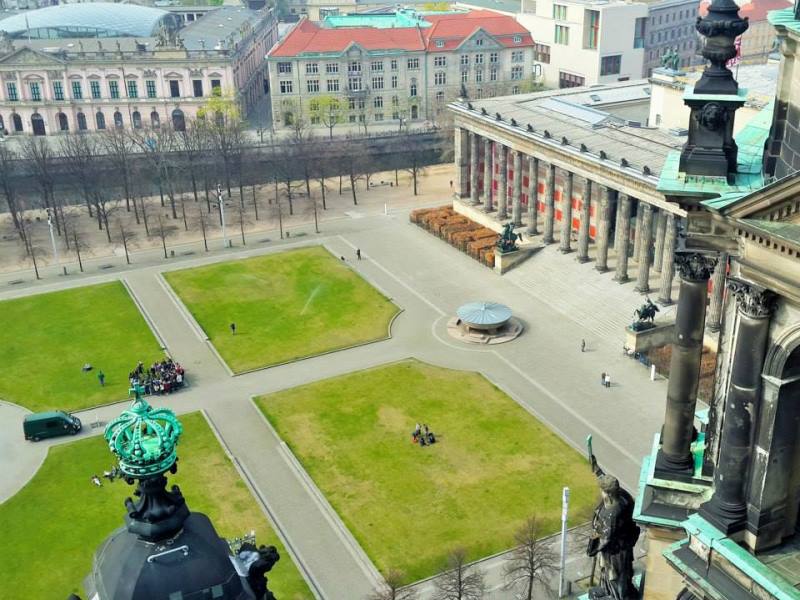 As mentioned earlier, Lustgarten or the pleasure garden is just nearby the Berlin Cathedral church. This is a long field filled with grasses and people having fun on weekends as well as weekdays. Just behind the pleasure garden, museum island is there.

If you get tired visiting the museum island and all the museums, you can take a break here and enjoy the sun in the winter and flowers in the spring.

Equestrian statue of Frederick the great in Berlin is one of the ‘must-see’ status and small monuments in Berlin.

The story behind this statue goes back to the times when Frederick used to roam around in Berlin on his horse. He was so impressed by the beautiful Berlin that he never got down his horse. He can still be seen riding his horse on the statue.

The molecule man statue is another must see statues in the Berlin. This one of the scientific status that Berlin shows off. Molecule man statue erected in the middle of the river spree points out the significant fact that we all humans are made up of molecules and we should not forget that.

Four spaghettis monument is made up of steel. They are basically steel columns. It is also said that the four spaghetti signifies the four countries which once had four power agreement on Berlin during Cold war namely: United states of America, Soviet Union, France and England.

One peculiar thing about this small monument is that none of the spaghettis crosses each other and two of them points to the east and two others to west and they signify the unity between the countries. 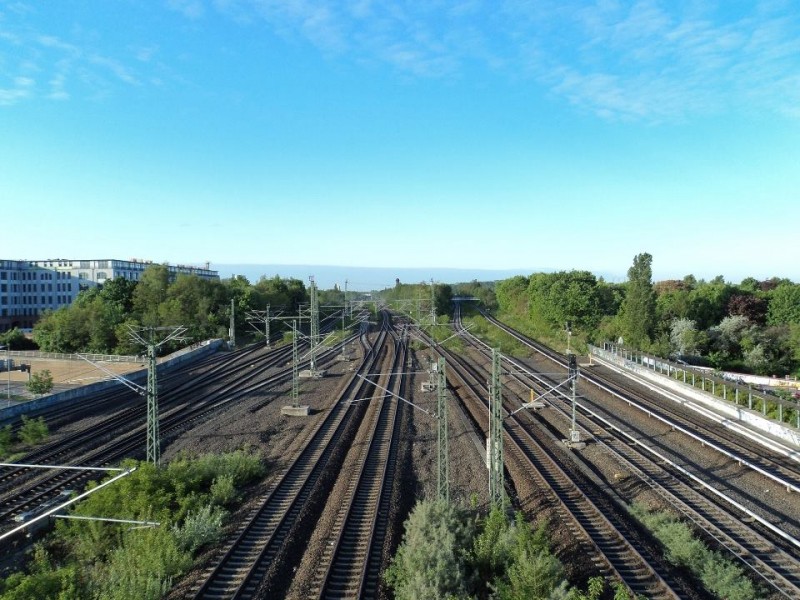 Berlin ring Bahn metro ride is recommended to you because this metro train runs in a circle around Berlin. If you want to see Berlin you can just take a ticket and see the whole Berlin. The best time to see Berlin would be in the night on weekends.

I have seen people grabbing a bottle of beer and enjoying the ride around Berlin. This metro has a pair. One runs in clockwise and another in anticlockwise. You see most of the tourist places berlin in Berlin while riding this metro.

Neukolln is a name of an area in Berlin. It hosts a festival of arts and it is known as Neukolln 48 hours. It is said that this fair never sleeps for 48 hours and I was once there as well.

In this festival, you can taste a variety of wines, modern arts, photography etc. If you love nightlife and exploring a city in the night, this festival is the one for you to explore more of things of Berlin. 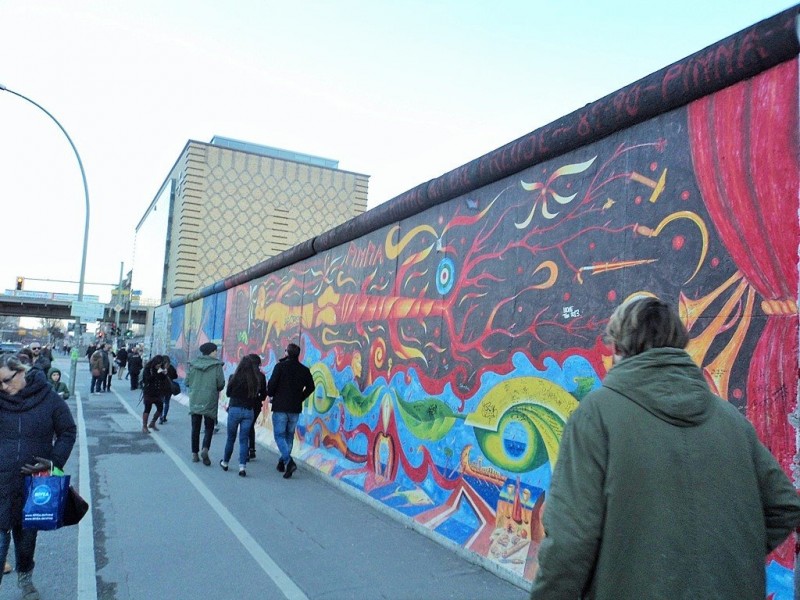 Eastside gallery is basically a long wall on which many paintings are there. This wall is a part of the Berlin wall. Upon Berlin unification, many famous painters and amateurs made many interesting wall paintings using paint and sprays.

You can still feel the then political situation through these paintings. One of the famous paintings is two leader kissing each other. 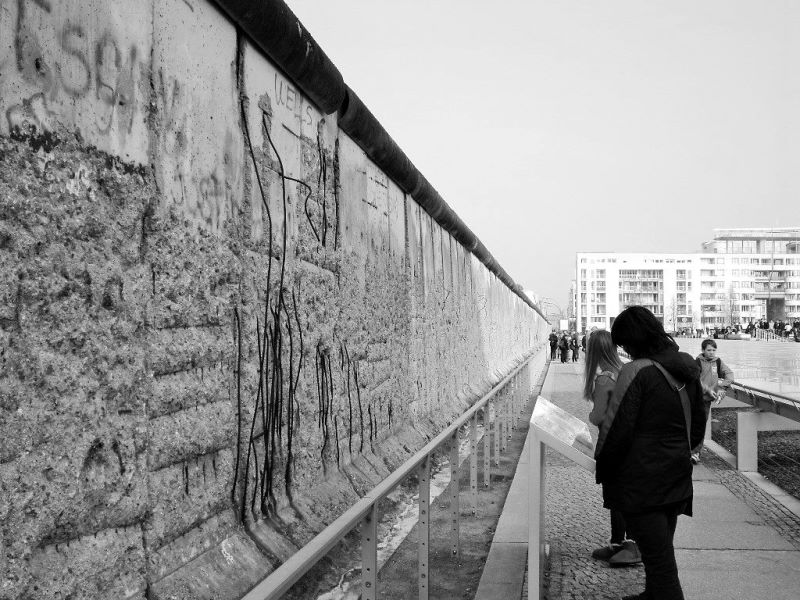 Every tourist or traveler who goes to Berlin wants to see the Berlin wall. The Berlin wall has a lot of interesting history behind it.

The remnants of Berlin wall can still be seen around Berlin. One of the best examples would be the east side gallery as mentioned above. Besides, you can still see the Berlin wall mark on the road near Brandenburg gate as well. 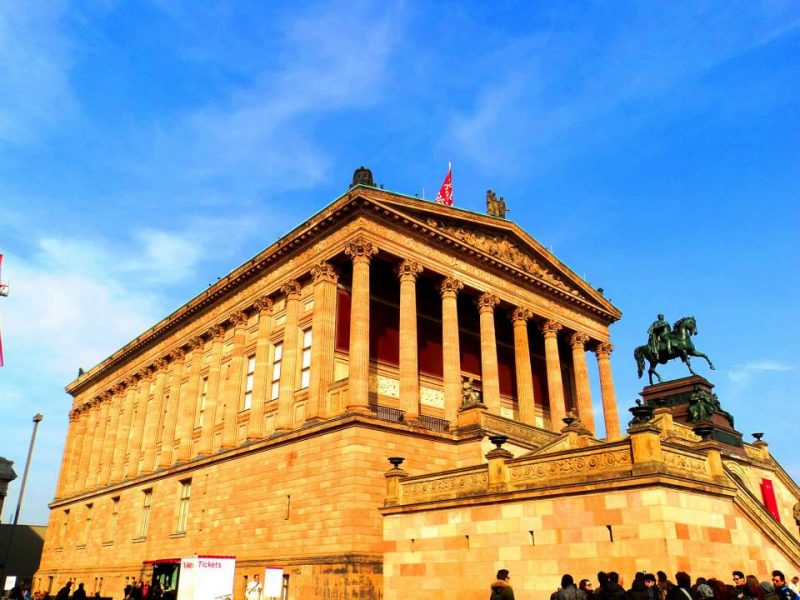 The museum island hosts five UNESCO world heritage site museums in Berlin. Keep aside a day to visit these museums. Different museums are based on different themes from different times like medieval times, modern times etc.

Chances are very high that you will see some part of the history of your own country as well. I am from India and I saw a lot of Indian and Egyptian historical things. You also get an Audio guide which narrates the importance of each artifact and you can really feel the history.

I, even, saw the roman houses, Mohenjodaro coins, Mummy etc. They are even themed in the same ambiance.

You can still see the soldiers standing there and you can get a stamp from that time on your passport and a photo with them for a few dollars. 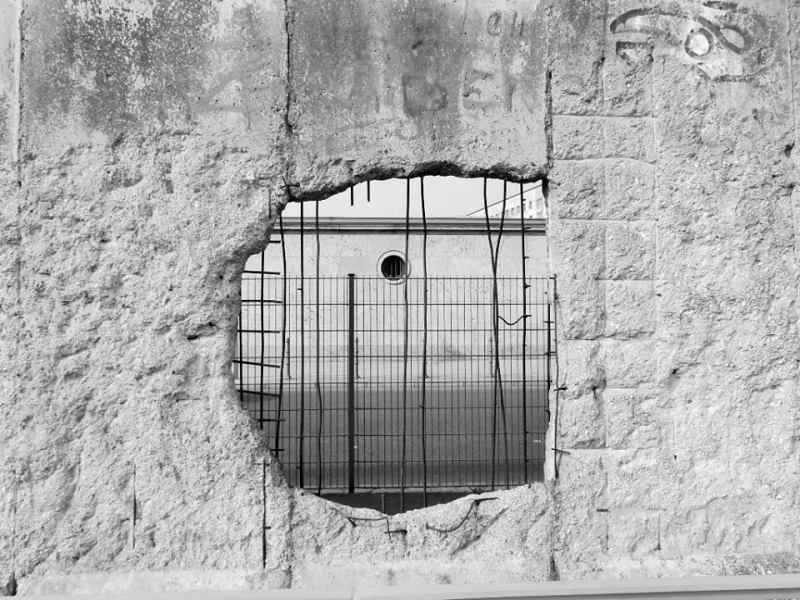 The Topography of terror is a place in Berlin which perfectly depicts the terror of the World war and the truth behind it. You can read about the history of the concentration camps in pictorial forms there.

The current topography of terror was the SS headquarter once but now it houses a museum which reminds us of the terror that people had to go through during the world war. 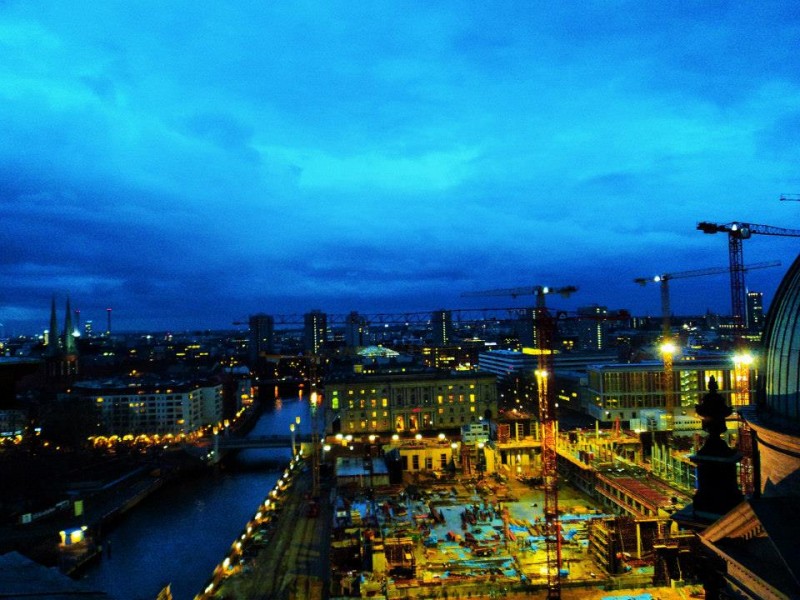 A visit to Berlin is incomplete without a boat ride in river spree and seeing around Berlin. There are different places from where you can catch a boat to see around Berlin.

A boat ride in Berlin covers most of the berlin attractions. If planning for a ride, then also forget not to spend a night in the boat or at least having a dinner on the boat.

There are other options for short boat rides, night stay etc as well.

Charlottenburg palace is situated near Charlottenburg in Berlin. They also give you an audio guide for the tour. Some parts of the palace have been reconstructed after the second world war and also, open for the tourists.

There is also a big park behind the palace where you can spend time with your friends and love. There are also color-themed rooms inside the palace like green, pink. You can still see the crockery and dressing room, meeting room, dance room, music, guest room for the king and the queen. 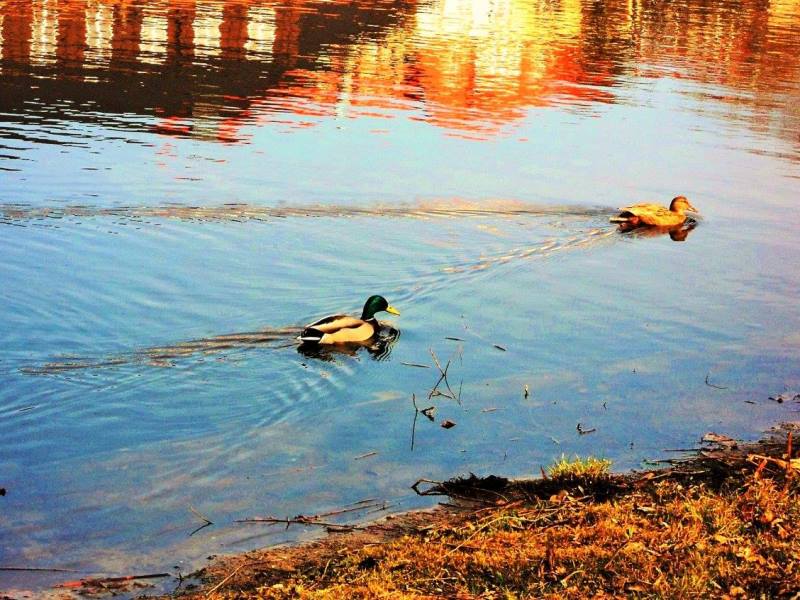 The Berlin Zoological Garden is the oldest and the best-known zoo in Germany. It was opened in 1844 and it is spread over an area of around 86 acres. )

Berlin Zoological garden is a part of the Berlin’s Tiergarten. With about 1,500 different species and almost 20,500 animals, the zoo presents the most comprehensive collection of species in the world. 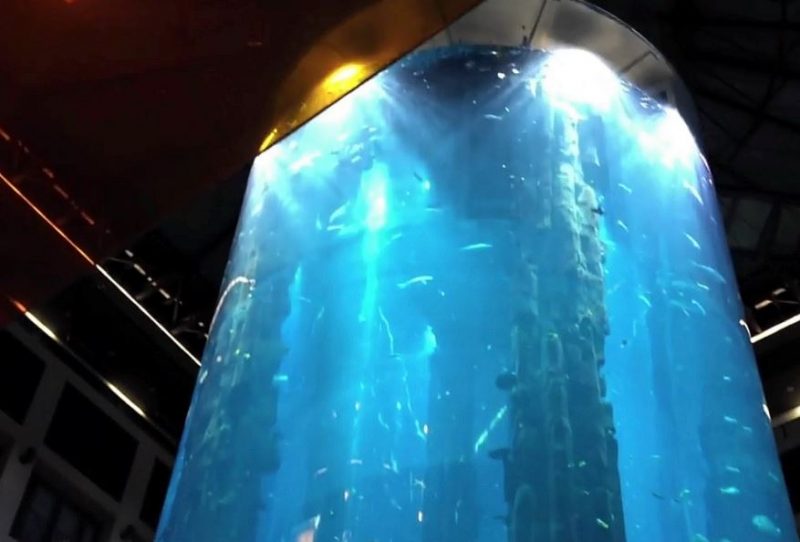 The lift takes around 5 minutes to go up and then the same time to come down to facilitate visitors to see the marine life in Berlin. There are around 1500 fishes inside the aquarium and it holds 1 million liters of water.

The aquarium is 25-meter height and is 12 meters in diameter. 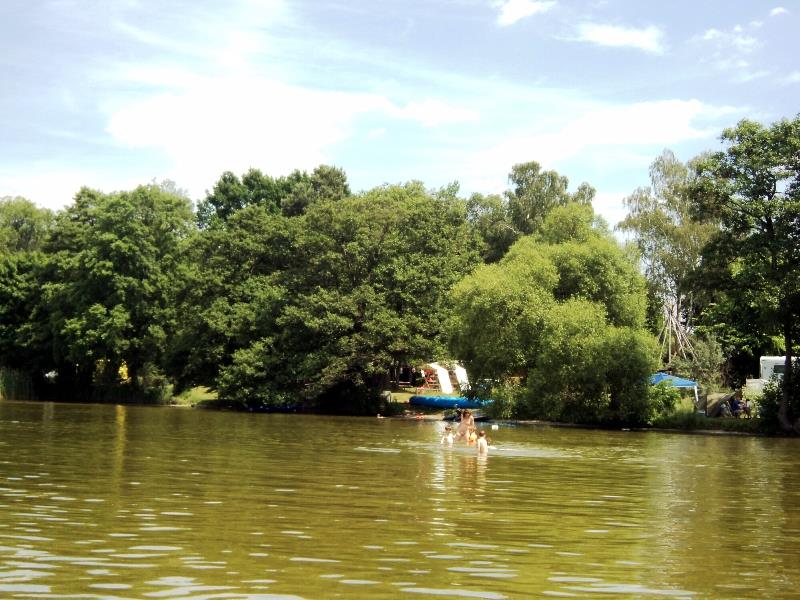 Grunewald translates to the green forest in German. Grunewald is one of the posh areas of the Berlin. You can go there sit in nature. In the spring and summer, people go over there and swim in the lake. You can also do so.

3 Replies to “Berlin Attractions: What to see in Berlin? Top 25 Must See Places”