Charles Bridge was not lesser than a local synonym for the “one of the must-visit places in Prague”. Intrigued by this catchy name, after doing boating in river Vlatava, I decided to spend some time walking on the bridge and try to understand what people love to do.

Some facts about Charles bridge, Prague:

So, following a tourist guide who was addressing Chinese tourists, I came to know that Charles bridge was the oldest bridge in Prague. While the most of the Prague settled on the west side of the river (towards old town square), the king somehow decided to build a castle on top of the hillock across the river Vltava called Petrin hill.

And that is how Charles bridge came into existence as it was the only way to commute from town to the castle. Well, all were not allowed to cross the river Vltava towards the castle side of the bridge. Also, this side housed the quarters of the people working for the castle. 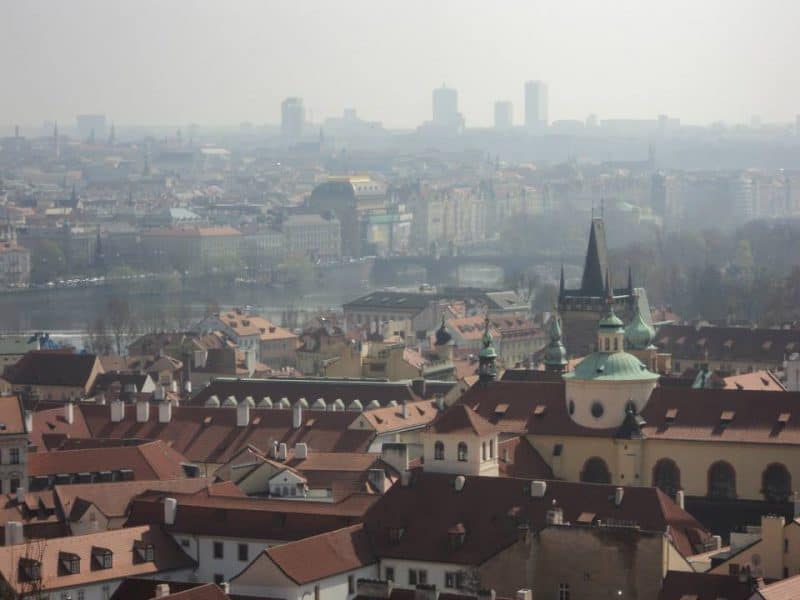 From the protection point of view, Charles bridge, the only way to reach the castle has three watch towers. Two watch towers at the end of the bridge and one in the middle towards the castle side. When you enter from the old town square side, you can see that watch tower. 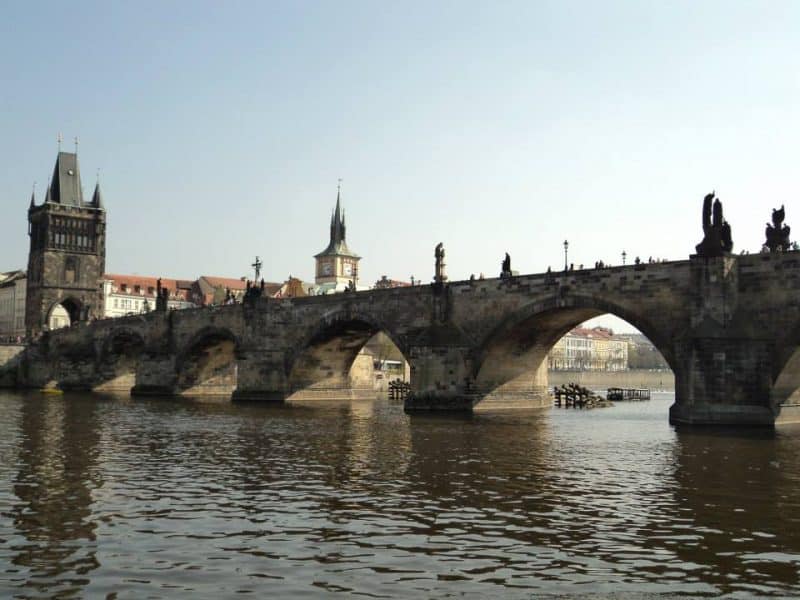 The story does not end here. One of the most flamboyant and noticeable thing for which Charles bridge was famous because of the two rows of the statues all along the bridge. On the both of the sides of the bridge, you can see statues of the saints and even the famous statue of the Cruxificaiton of the Jesus. 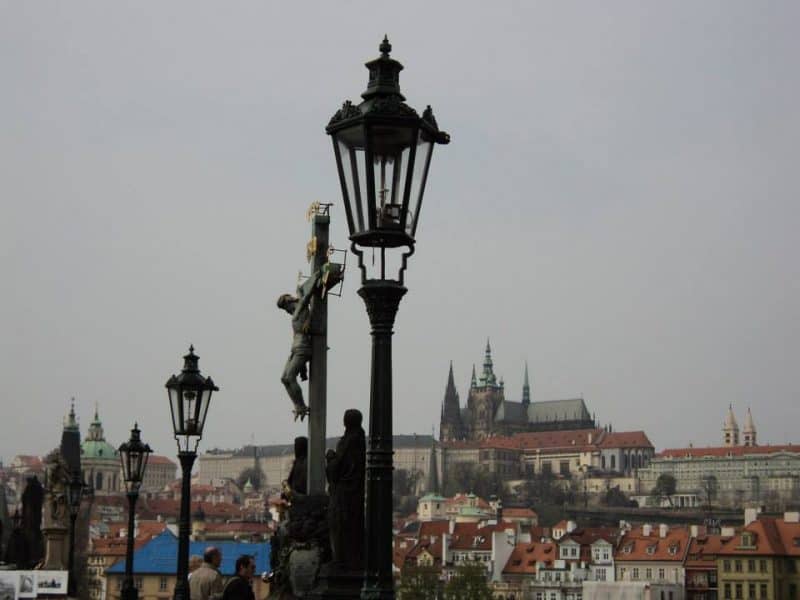 Owing to that fact that Charles bridge was not capable of carrying the weight of the modern vehicle because of the number of restoration works it had to go through, the government decided to ban the transport movement across the bridge. So, this bridge is only open for the pedestrians now. 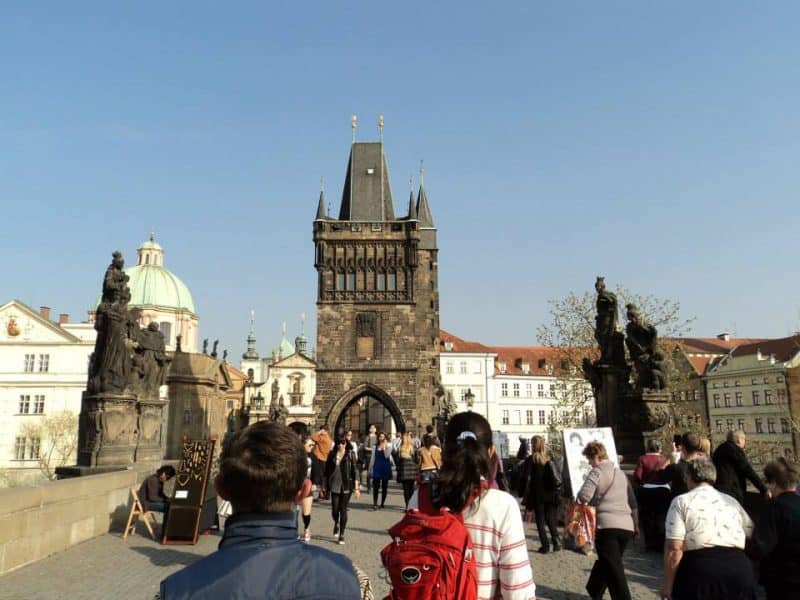 You can see a lot of artists making a caricature of the people on the bridge. You will have to pay for it. Yes, you can take an ice cream cone and stand on the sidewalks and watch the tourists crossing on the bridge. 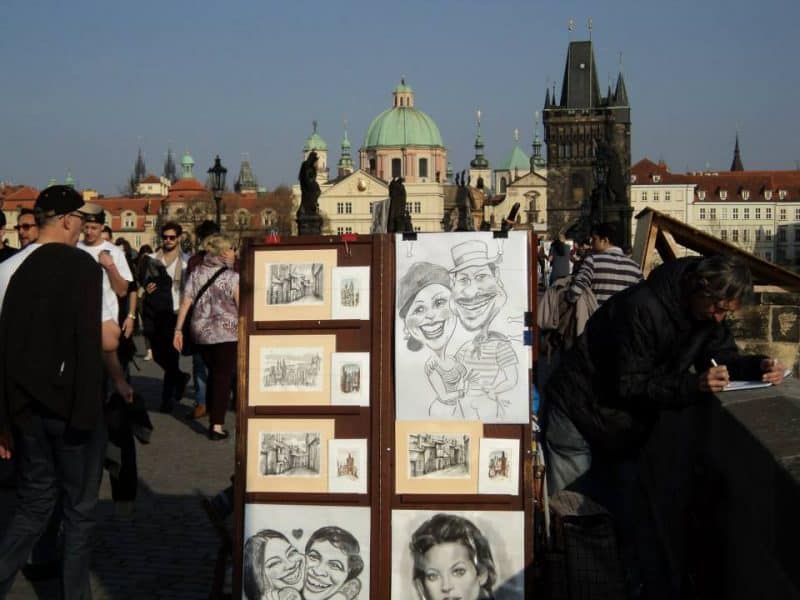 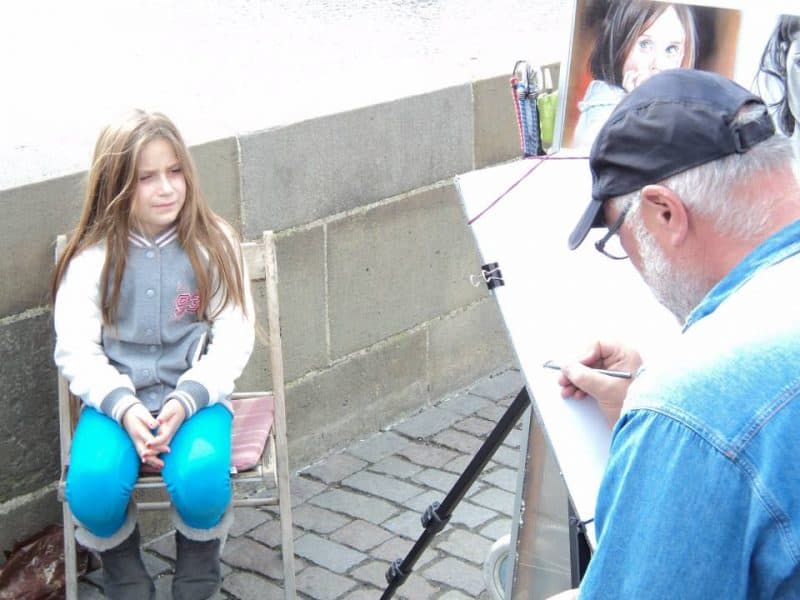 What to see from the Charles bridge, Prague

Charles bridge is an awesome place to enjoy the view of the city along the banks of the river Vltava. The roof of the most of the buildings are red in color and it presents a kind of symmetric structures. Watching the couples walking hand in hand is just a treat to the eye.

If you really want to observe the microexpression of a human face, just stand behind a Skechers who is making a caricature of a person. You will surely love the way the zig-zag lines give a shape to a face. If you stand on the sidewalks, you can see tourists’ boats and ships floating slowly on the river. Though the water is not so clear but still that is something you can relish seeing. 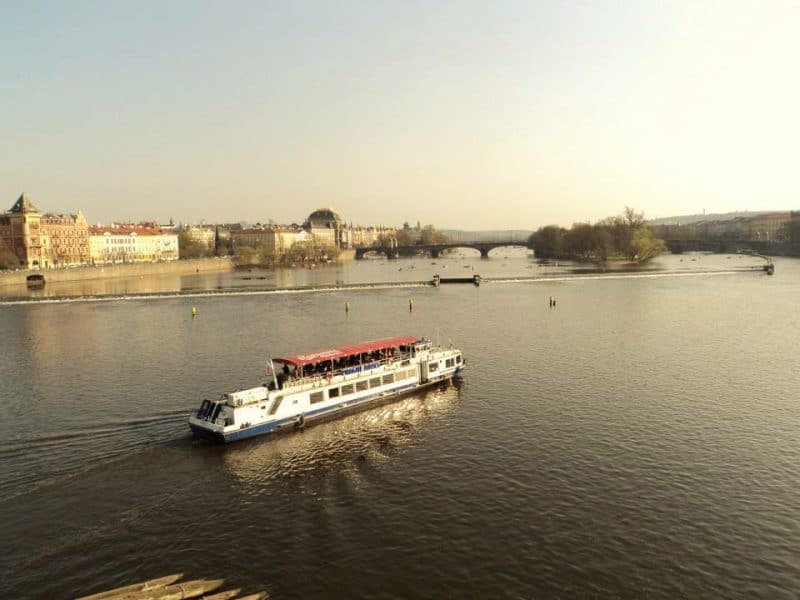 Also Read: Places to See in Potsdam: Potsdam in a day on Bicycle

The best time to spend some time on the Charles bridge would be a clear evening. Just stand on the bridge and watch the sun go down behind the Petrin hill and getting lost somewhere behind the castles. The show is not over yet. You stay there for some more town. The cold wind from the river Vltava may tempt you to smoke there or pull up the hood of your jacket and rub your palms together. Or, just enjoy music from a street artist.

In next half hour, the yellow lights of the Prague castle lighten up and certainly, the entire view has gradually turned from a sparkling heaven. It’s not just the yellow lights falling on the wall of the castle but look down at the bright shimmering shadow being formed over the Vlatava river. Those moments are really too hard to resist to not to take a picture of the Prague castle in the evening. 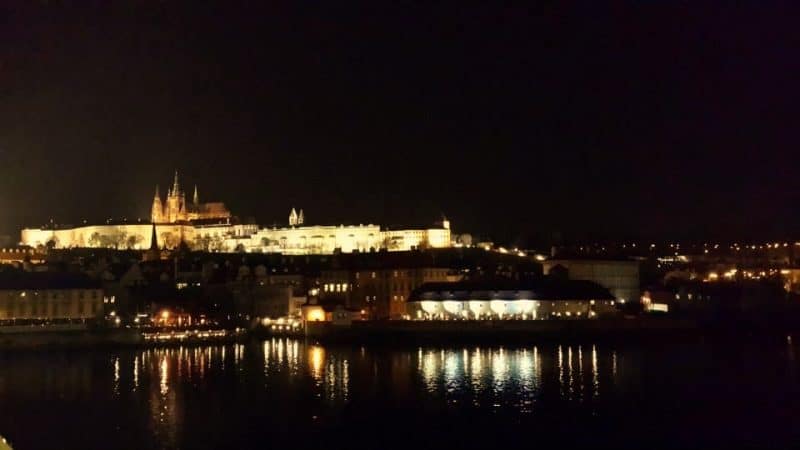 Your hands would automatically reach out for the camera and you would make sure that you do not move from there until you get the best shot of the castle.

We had just taken a cruise ride in the Vltava river seeing most of the places along the river which included Charles bridge, Prague castle, some island in the middle of the river Vltava etc. That was almost an hours tour. When we got down after the cruise tour, there was still something missing.

So, I and Vinit decided to take a paddle boat and spend the evening boating in river Vltava. Also, we wanted to relax because most of the places to see in Prague are situated not so far from each other and both of us just loved walking through the streets of Prague so we were tired as well.

So, we walked to a jetty nearby and took a boat. We also bought some beer to add more lax. The boat was rented on per hour basis. we took the boat and began paddling inside the river.

There was some demarcation point marked in the river across which you cannot paddle. There were birds waddling in the water. It was nice to see people walking on the Charles bridge and the sunset setting behind the Prague castle hill.

In the middle of the river, we just decided to stop and watch the sunset. The old buildings towards the Prague castle side are pale in colour. It was remarkably beautiful to see the sun rays shining over the yellowish walls of the old buildings.

The life suddenly stops in the middle of the river. The sun slowed down so were the people walking on the Charles bridge. So was our boat. Time surely had slowed down because of the beer effect. Here are some of the pictures of boating in the river Vltava, Prague: 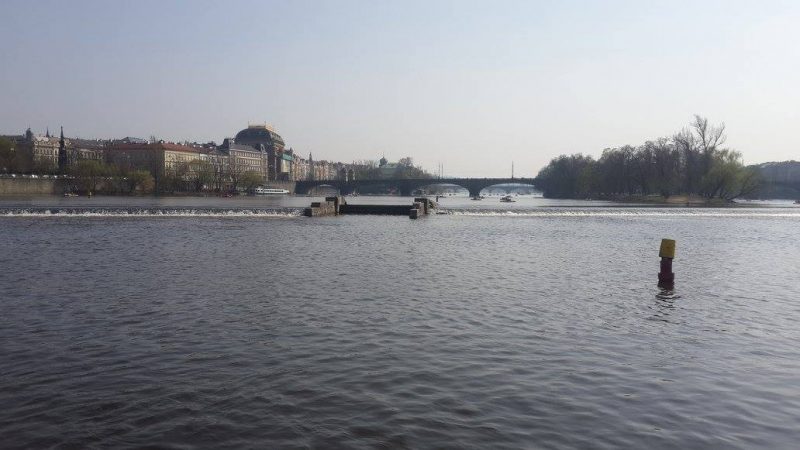 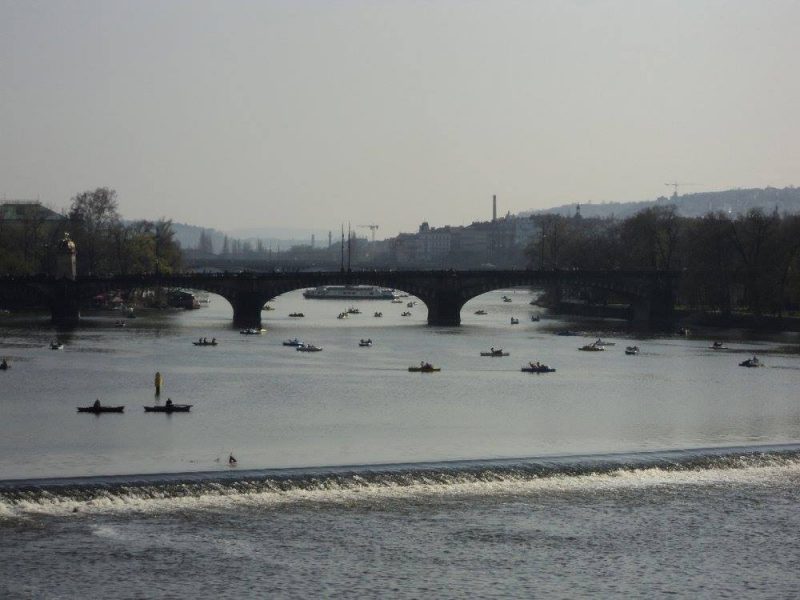 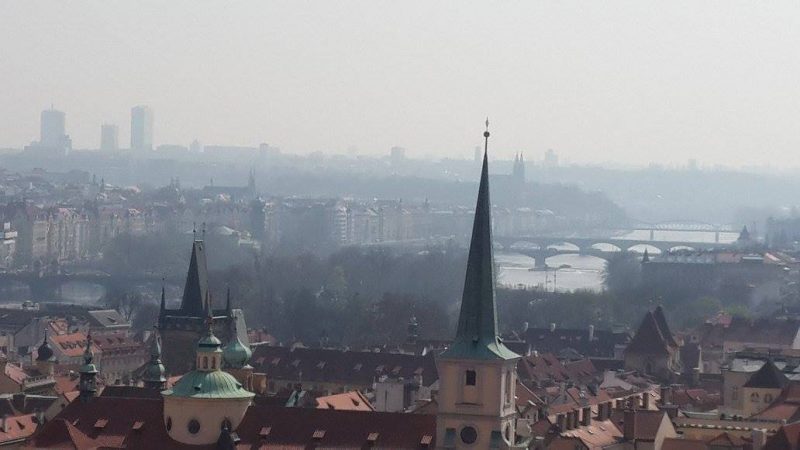 Prague was always on my wishlist. I had heard a lot about the beauty of Prague from many of my friends. Of all the journeys which I took around Europe, the train journey from Berlin to Prague would be the most memorable one because of many reasons:

My initial memories about the Euro nights train date back to “DDLJ” and then comes the world of “YouTube” which runs your imagination live on the computer screen.

Cozy seats, snow-clad peaks, vast meadows, and large glass windows were the prime elements of my imagination which defined the essentiality of a European train journey.

Also Read: A day at Hamburg Harbour: Visit to the Port of Hamburg

Our Euro Night train was almost the bottom-most platform. The same solid rectangular engine with long trains. So, we entered inside. The same cozy and wide seats with large glass windows welcomed us. 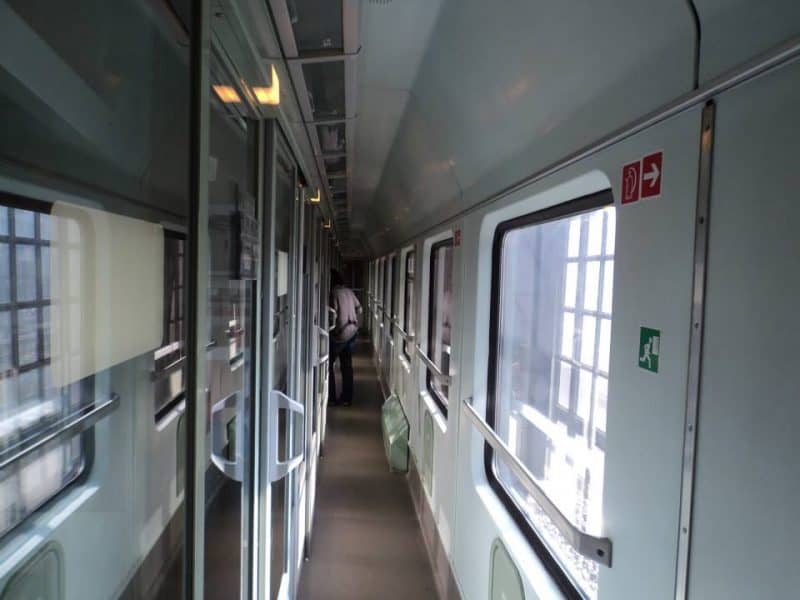 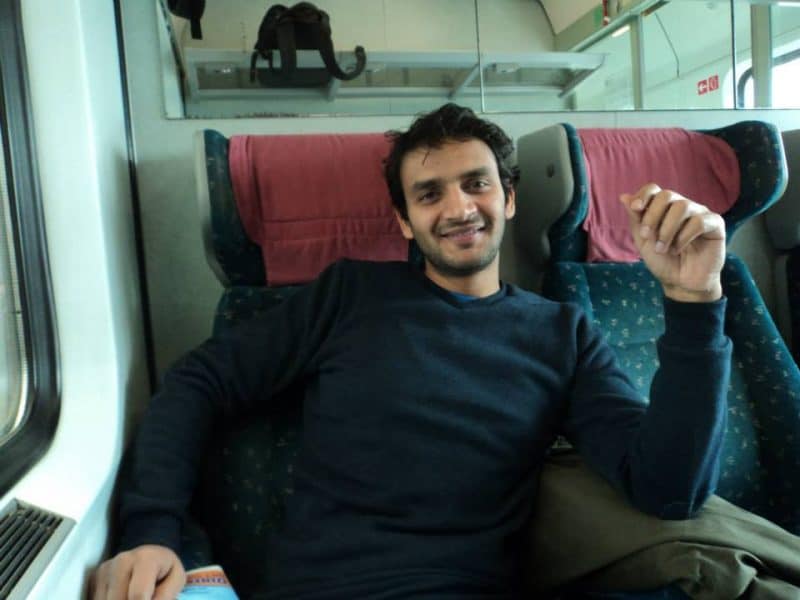 When the train crawled out of the station, there were not so many things on my mind. If I could recall, it was mostly meadows and snow-clad peaks which I was expecting to see on the journey but the journey turned out to be much more than I had expected for.

The streets of those villages will be lonely yet so peaceful to watch as if life has stopped there for a while in the moving train and you have a lot of time for yourself.

The lazy sun, bathing the entire entities with its warmth. The stealthiness in the fast-paced train, the silence, the life beyond those large windows glasses would pull you away out of you. Even if you would not want to, but you would just want to give time to yourself.

You would wonder at the beauty of Nature, the vibes trying to speak to your mind, the spirit which is trying to connect with your soul. The child inside you would want to break free out of you and run bare feet in those vast fields. Touch the fluffy neck of Llama.

Also Read: Places to See in Potsdam: Potsdam in a day on Bicycle

Thousands of railway sleepers pass before your eyes while the eyelids do not even move or get distracted. What do you wonder? Where the life has taken you to? If Berlin was where you started then Prague is where you see the future.

Every moment that pass by has another thousand of sub-moments engulfed within it. The bare feet run in the fields, the innocence behind touching the golden barleys shining under the sun, the echo of the laughter and much more…. 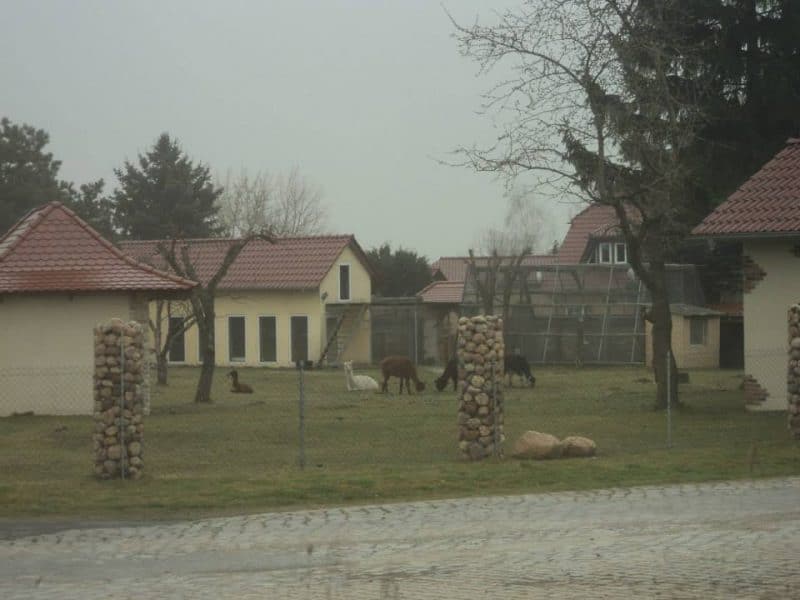 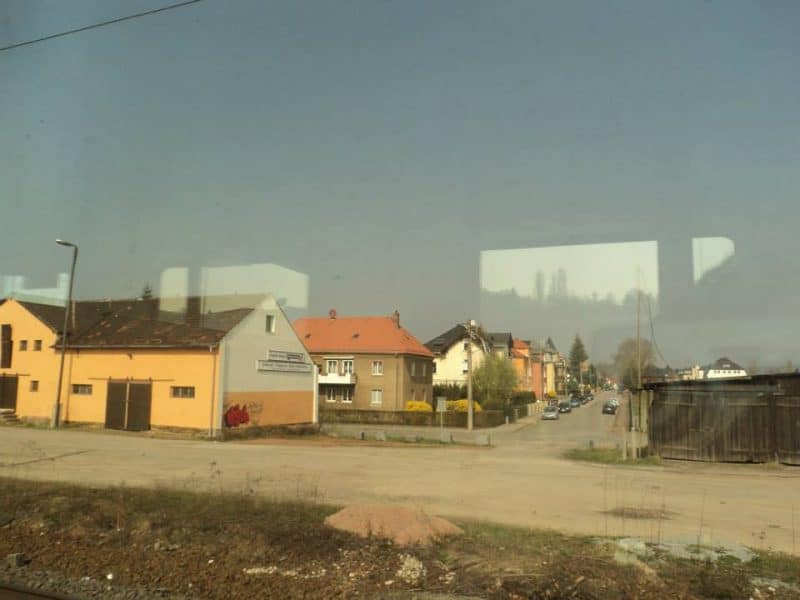 I was not expecting that the train would be running along the river Elbe. That was more like a game. The question was “Is the river Elbe going to leave the journey first or the train before reaching Prague?”

Trust me, the view along the journey from Berlin to Prague was not just about the river Elbe view but the there was much more than just the river view.

There were mountains, A city located beside the river, the forts on top of the hill along the river, the yacht, the boating, the modern bridges that were built over the river and there was much more. 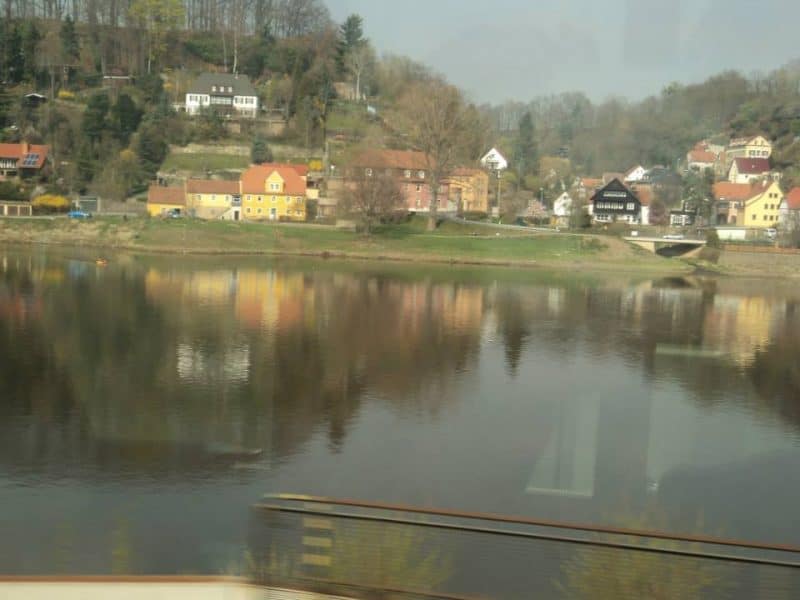 There was something on the journey which caught my attention and that was Saxon swiss national park. Though I came to know about it much later during my stay in Germany but for sure, I was mesmerized by the beauty of the Saxon Swiss – Saxon Switzerland national park’ mundane term.

The beauty, the Saxon Swiss top, that I was from the moving the train would soon be calling me. And after a few months, I was watching the same railway track and the river from the top of the Saxon Swiss. Does that sound nice?

When the train entered the Czech republic, I could feel the difference. Beautiful girls, a nice city, the medieval European feel and much more.